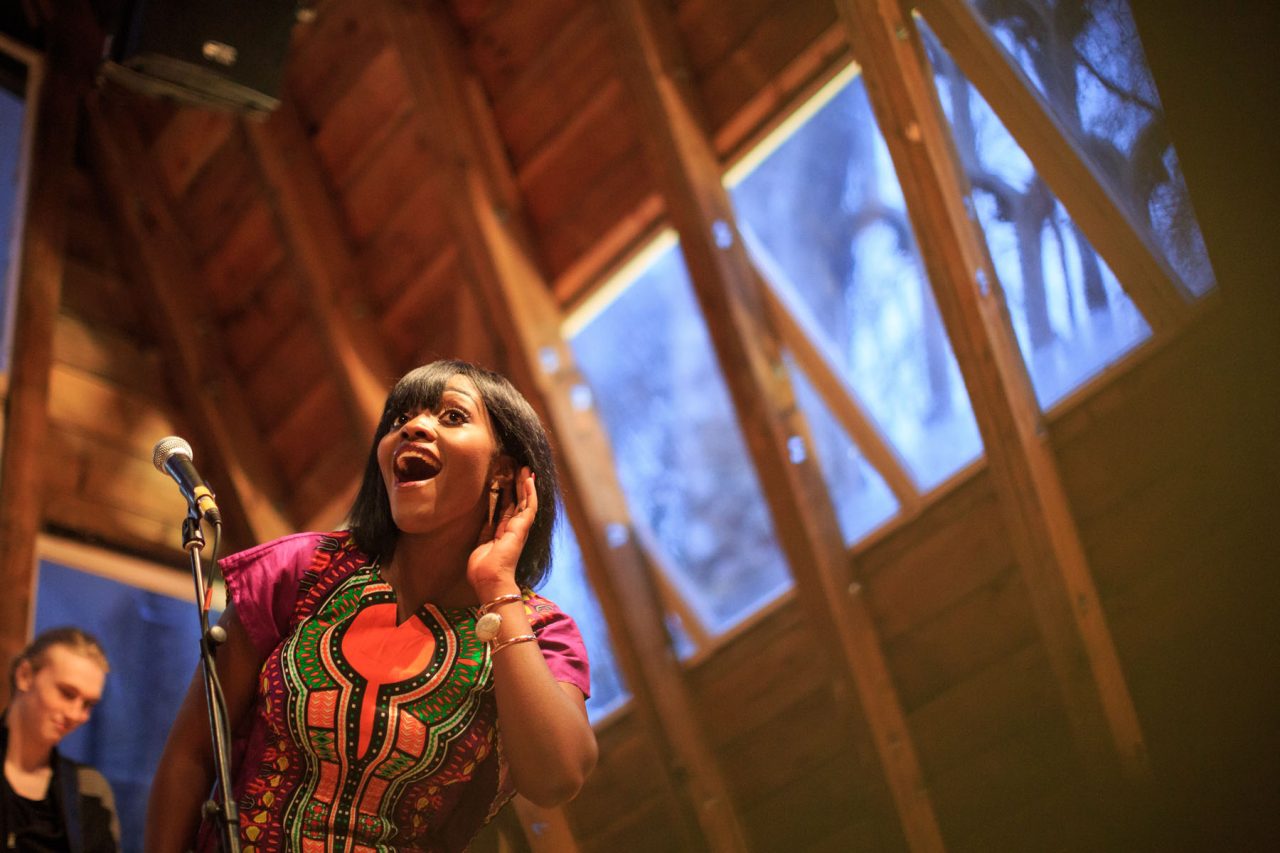 How do we reimagine the future of arts and culture when we’re holding on for dear life? What do we let go of? What do we hold tight to? How do we grasp for that, which until now, was out of reach?

Our complicated, generous, fractured and imperfect sector is self-organising for survival. The fight is practical and real. It requires intelligence and empathy, passion and risk-taking in equal measure. We know in our bones that it must balance recovery with reinvention. As artists, and makers, curators, producers and directors, we’re not afraid to reinvent – it’s what drives us? But as we ready ourselves to reset (in whatever capacity we are able), how do we figure out what feels relevant now?

We might begin by looking at past cases of survival in the arts – where recovery meant more than restructuring the delivery mechanism. Rescue meant transforming the what, how and who of an institution’s core purpose. Invariably the teams behind these remarkable turnarounds did not simply ask what could be saved, but crucially why and for whom.

Nina Simon describes exactly this challenge as she arrived as incumbent Director of Santa Cruz Museum of Art and History: the museum’s financial crisis was outweighed (and to some extent caused) by an even bigger problem – the museum had become irrelevant.

“There were more people in our county who knew that this building used to be the county jail than knew this was now a museum. And it had been a museum at this point for 20 years,” Simon recalls.

The museum’s remarkable transformation is the beating heart of Simon’s book The Art of Relevance and the basis of the movement Of, By and For All she founded in the US.

Covid-19 has brought about a collective existential crisis in arts and culture in which relevance is inextricably linked to financial survival. The pandemic has caused a disruption of our sector’s path dependency – its in-built resistance to change.

Acknowledging the devastating personal and professional impact of this moment is essential. Restructuring is not an operational technicality – there are lives and dreams at stake. (You only have to witness the testimony of Theatre Royal Plymouth’s Production Assistant Lauren Walsh to know what this means for creative potential.)

If we committed to asking what and whom we are fighting for in this moment of fierce advocacy, we might also do well to look at the creative assumptions that are holding us back from stepping through what Arundhati Roy has described as, “a portal between one world and the next”.

Change was already inevitable pre-Covid – the prototypes of new forms of cultural production and policy were evident in Calouste Gulbenkian Foundation’s Inquiry into the Civic Role of Arts Organisations, in the insights of Nesta’s horizon scan Experimental Horizons, in the Welsh Government’s Expressive Arts curriculum and Arts Council England’s Let’s Create strategy.

However, despite the high regard for progressive models across the arts (from Mima’s model of embeddedness and Common Wealth’s urgent theatre as campaign to Eden Court and Slung Low’s reassignment of resources and skills during lockdown), ‘relevance’ continues to get push-back across our sector. This reticence might well prevent us from collectively reimagining arts and culture to meet the fast approaching new horizon.

So, just what is it about ‘relevance’ that makes producers and artists, directors and curators so nervous?

We know that the time for systemic change necessary to bring about a more inclusive, representative and less environmentally impactful sector is upon us. There are vital initiatives challenging us to think about what systemic change might mean (see Museum Detox,  #WeShallNotBeRemoved and Culture Declares Emergency as a starter for ten). But suspicion of relevance is not always rooted in a resistance to structural change.

It is fundamentally an artistic concern that deserves serious thought together.

First, we can debunk the prevalent myth that ‘relevance’ implies consensus not criticality; that ‘relevant practice’ cannot speak beyond the boundary of the local. That unhelpful misconception stems from the historic distinctions between curatorial and education departments; grassroots community practice and main stages; between the expert and the amateur. Those boundaries have been exploded and are exploding right now – as the places of cultural consumption splinter and the modes of production are democratised.

Secondly, we should acknowledge the value judgement implicit in the term ‘relevance’. Who decides what is relevant has real world implications for public funding policy in the future. We can’t escape that – as David Jubb has explored in his recent Time to Change blogs.

But let’s dig into what the concerns about relevance might be from a ‘producing’ point of view.

Could an emphasis on relevance lead to a different (but nonetheless dominant) orthodoxy of approach across our sector?

What if localism delimits the scope of exchanges between artists from elsewhere and residents?

What happens to the richness of tones and pace, and surprising interventions and the things we didn’t know we needed until we encountered them?

And will distancing conventions mean similarity in presentation and style – a kind of under-specialism of the sector?

To figure this out – we need to think deeply about how we produce cultural experiences and artistic visions. That does not mean throwing out knowledge, skills, specialism and craft, but it might mean thinking about how are those employed and changed through our experience of new places, new people and new stories.

As artists, producers and artistic directors we need to challenge what we think we know about our audiences and our partners, our collaborators and participants as well as the places where our work will come to life. And we need to look at how this knowledge changes what we make, produce, support and commission.

This is not something that happens after the artistic or curatorial process is complete. It is an integral part of the creative process.

Andrew McIntyre calls it moving from product-focused to marketing-focused to audience-focused institutions; Alistair Hudson calls it the development to Museum 3.0. I call it radical relevance.

It is an approach that enables a spectrum of practices to thrive – avoiding an orthodoxy of approach. It will flex according to your own point of departure – publicly funded, commercial, independent, institutional, organisational, collective, venue-based, outdoor, collection-focused, visual or performing arts, historic or contemporary, but essentially challenges the producer (in every sense of that term) to find their version of relevance.

For me, radical relevance was something worked on over 15 years in producing projects in the public realm with the team at Situations. There was no standard form for the outcome of our place-based producing at Situations – our projects ranged from permanent public art works to fleeting interventions, cross-sector urban initiatives which unfolded over time to multi-faceted stories. But the projects which really took off (and there were certainly some that didn’t) shared one significant principle: they created connection by growing something unexpected out of place.

We began by getting under the skin of places and to understand, as geographer Doreen Massey once proposed, “place in a constant state of becoming… constructed out of a particular constellation of social relations”. To that fieldwork process, we brought together the knowledge, skills and imaginations of visiting artists and residents who produced a kind of electricity together. Those encounters changed all our perceptions of what art could be, who it was for and how it was made. In the public realm, the encounter is direct and uncontextualized – it doesn’t need to be achieved through consensus – but it does need to connect.

Sometimes we arrived at this connection through a co-created process; other times projects were unexpected and unannounced. But they were always bespoke by moving in motion with the mood and untapped potential of a place. We threw out definitions of artform – we worked with musicians, and choreographers, visual artists and theatre-makers – as well as farmers and foresters. We redefined when and where public art took place – often playing with time as medium. We recognised a remote encounter could be just as powerful as a local one. But fundamentally we asked how we could connect in a meaningful way.

This was a new kind of site-specificity that was born of fieldwork, intuition and experiment – rather than a conventional idea of public art – writ in stone, fixed and parachuted into place.

Relevance then isn’t the pair of lead boots restricting creative flight or the target you are guiding your parachute to land on. It is the air current on which to fly. You have to understand what those currents are doing to navigate and know how to respond and adapt your approach. When you lean into that as a producer, an artist or institution – you create the capacity in others to see things as if they might be different. That might be just what we need right now.